The club has its roots in two main events – the formation in 1986 of the Cambridge branch of the Morris Minor Owners’ Club and Ian Wells’ decision to come to Cambridge in 1994.

The formation of the MMOC in Cambridge took place following a notice in the national Morris Minor magazine that there was to be an inaugural meeting at The Plough in Little Shelford (now The Navigator of excellent Thai food fame). Around a dozen enthusiasts of Issigonis’s second-best car turned up and decided that this was just what Cambridge needed.

At the second meeting the numbers were down to 6, the third to 4. It may have been a good idea but where were the supporters to make it worth while?

It was the same story some years later when I sold the Minor and got the Healey. Through the Healey Club I promoted the idea of a regular Noggin ‘n’ Natter in Cambridge – loads of initial enthusiasm from Healey Club members to join the hard core of Minor fans which reduced to half a dozen hard core regular attendees within a month or two. It seemed as though the club had no future. Around this time Ian arrived in Cambridge as an enthusiastic Minor owner and started coming to the regular meetings which by this time had moved to The Unicorn in Trumpington.

Ian had been a driving force behind the West Norfolk branch of the Morris Minor Club which had successfully grown to over 60 members – what were they doing that we weren’t?

Publicity appeared to be the answer and it was decided to contact the Cambridge Evening News with the idea that owners of any Classic car were welcome to come to the meetings. It was a short step then to promote the formation of a multi-marque Classic Car Club for Cambridge – hence the C&DCCC. The response to the article and to an interview with Ian on BBC Radio Cambridgeshire was excellent with a full house at the inaugural lunchtime meeting at the Unicorn, a committee was formed … and the rest is history as they say!

The Club is now over 25 years old and membership is around 70 with cars varying from pre war to more modern classics. It is active in shows around the region, holds monthly meetings throughout the year and organises an annual Club Concours, Treasure Hunt and BBQ.

Continuing In the spirit in which the club was set up we welcome anyone in any car that has an interest in Classic vehicles and further details of activities and membership can be found elsewhere on this website.

The news clipping of the article to form the club is here for all to view. 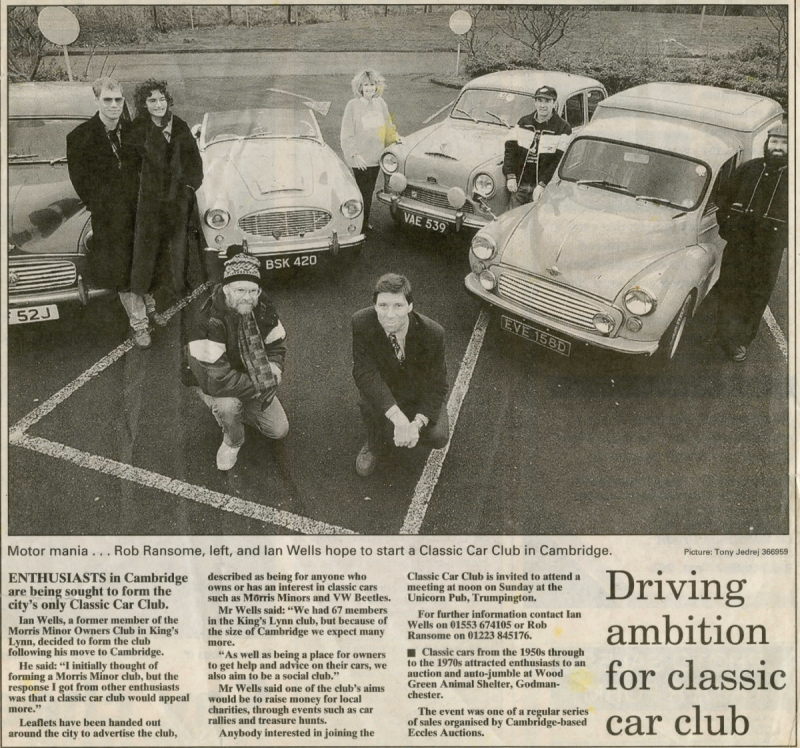 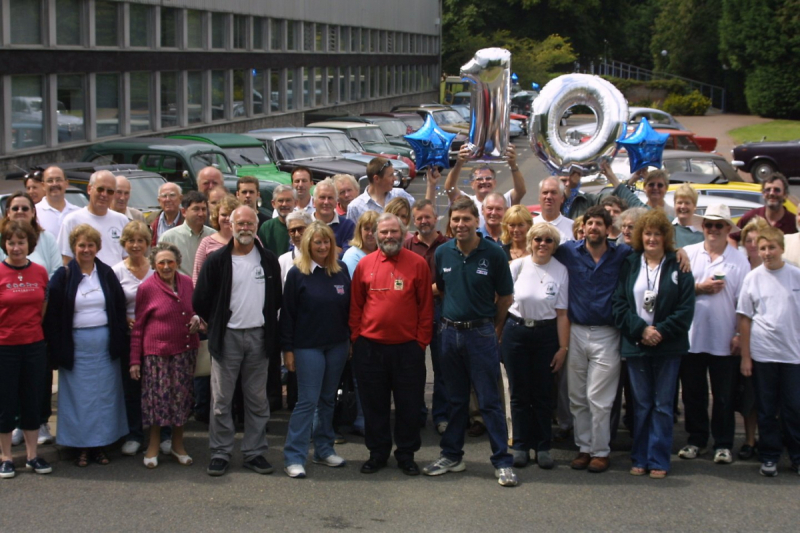